It will be staged there on four further nights in February – this Sunday, 17th, and again on Friday 22nd, Saturday 23rd and Sunday 24th. It will then go on tour to seven drama festival venues around Ireland during the month of March

The Beauty Queen of Leenane tells the darkly comic tale of Maureen Folan, a lonely woman in her early forties, and Mag, her manipulative, ageing mother. Mag’s interference in her daughter’s first and possibly final chance of a loving relationship sets in motion a train of events that leads inexorably to the play’s inevitable denouement.

This hilarious yet sinister jewel of a play never ceases to provide shock after surprise, side-splitting laughter after jaw-dropping nastiness. Skibbereen audiences will laugh and gasp at this production directed by Ger Minihane.

Bookings for the show may be made in advance through Thornhill Bros Electrical, Skibbereen, on 028-22557. 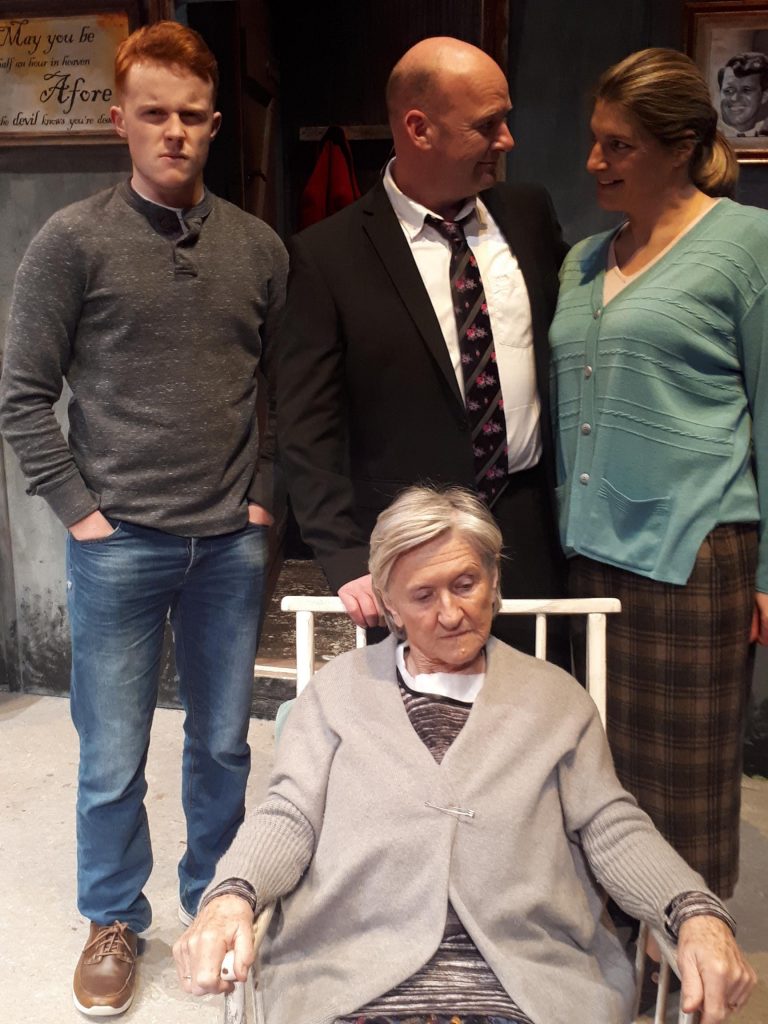 Cast members of the Skibbereen production of Martin McDonagh’s ‘The Beauty Queen of Leenane,’ which opens at the Town Hall this Saturday night – back from left – Josh Campbell, Kevin Cadogan and Mary O’Driscoll; seated, Catherine Field.