The play, a comedy, is a new departure for the group, being set in suburban London in the 1970’s. In the play, Beverly has invited her new neighbours over for drinks. She has also asked her divorced neighbour, Sue, because Sue’s fifteen-year-old daughter, Abigail, is holding a party in their house. Beverly’s husband, Laurence, comes home late from work, just before the guests arrive.
The gathering starts off in a stiff insensitive, British middle-class way with people who do not know each other, until Beverly and Laurence start sniping at each other. Tensions mount and awkward situations abound until the play reaches a tragi-comic conclusion.

The cast for this production includes Mary O’Driscoll, Greg Watkin, Bernie Whooley (who is making her debut with the group), Paul Delaney and Angela Galvin.

Mary will be familiar to Skibbereen audiences for many roles, memorably her sensitive portrayal of Deirdre in ‘The Quiet Moment’ (2016) and as Anna in ‘Lovers at Versailles’ (2017). Greg and Paul are comparative newcomers to the Skibbereen stage, both having made their debuts in 2017 in ‘Babysitting Calvin’ as Bob and Calvin, respectively, while Angela Galvin will be remembered for her Aunt Lizzie role in ‘Family Plot’ (2015).

The director is Fachtna O’Driscoll and stage management is by Una Murray. Gearoid MacEoin and John Hegarty are in charge of lighting and Fachtna Hamilton runs the extensive soundtrack. Set construction is in the experienced hands of Barty Connolly, Charlie Keohane and Gearoid MacEoin.

Curtain is at 8pm nightly and tickets are available to book at Thornhill’s Electrical (028-22557). After the four-night run in Skibbereen, the group will set off on the amateur drama festival circuit during the month of March with performances in Castleisland, Mountmellick, Charleville, Rossmore, Doonbeg, Holycross and Scariff. 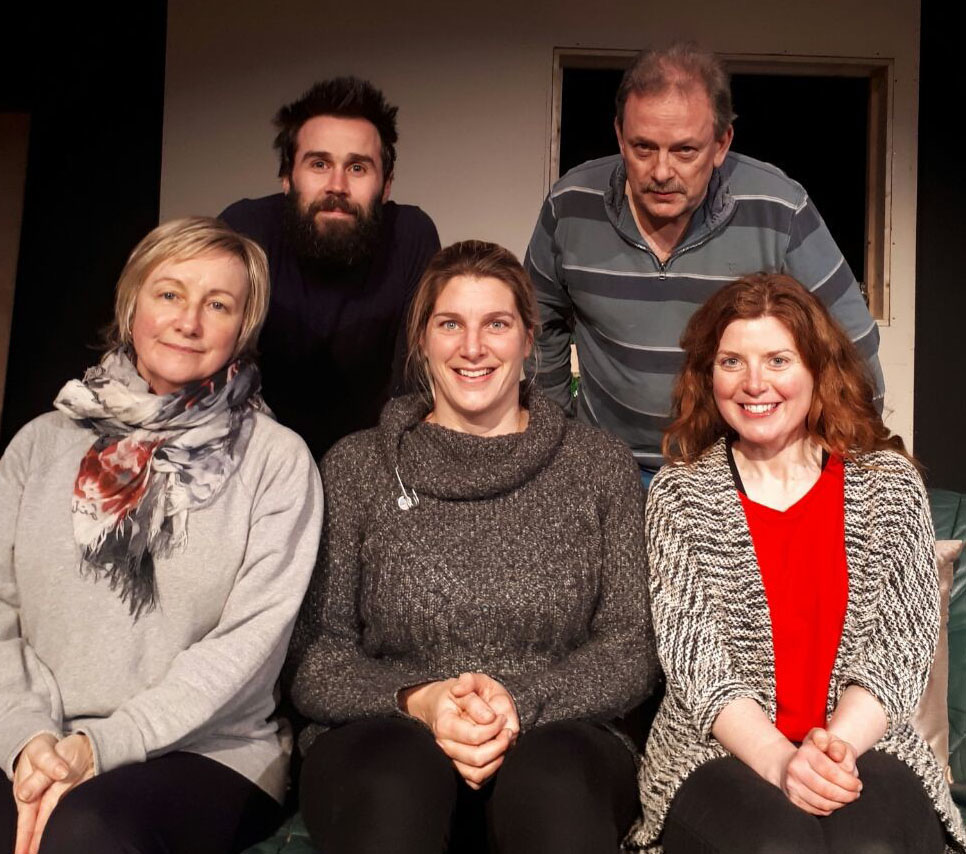