Schull Drama Group will be staging Last of the Red Hot Lovers in Skibbereen Town Hall on February 24th for one night only. Curtain is at 8 pm. Admission is €10. Concessions are available for seniors and students.

Last of the Red Hot Lovers is one of the most amusing of Neil Simon’s comedies. The play is set in the 60’s, and we have situated it somewhere in the South of England. It focuses on Barney Cashman – middle-aged, married and overworked – as he begins to feel a desire for sexual adventure. Over a nine month period, he invites three women to his mother’s apartment to have an afternoon of extramarital sex. The first, Elaine Navazio, proves to be a bundle of neuroses; Bobbi Michele is next, a kooky 20-ish actress; finally Jeanette Fisher, a gloomy, depressed housewife who is married to Barney’s best friend. Will Barney’s attempts at seduction be successful?

Founded in 1980, Schull Drama Group is now a vibrant and dynamic company of 60 plus members. Over the years they have tackled a wide range of projects: plays, musicals, pantomimes, street theatre and workshops. They continue to strive for excellence, and to push themselves with entertaining and exciting projects. They have been competing on the drama festival circuit for many years and will be touring this play to seven festivals in March. 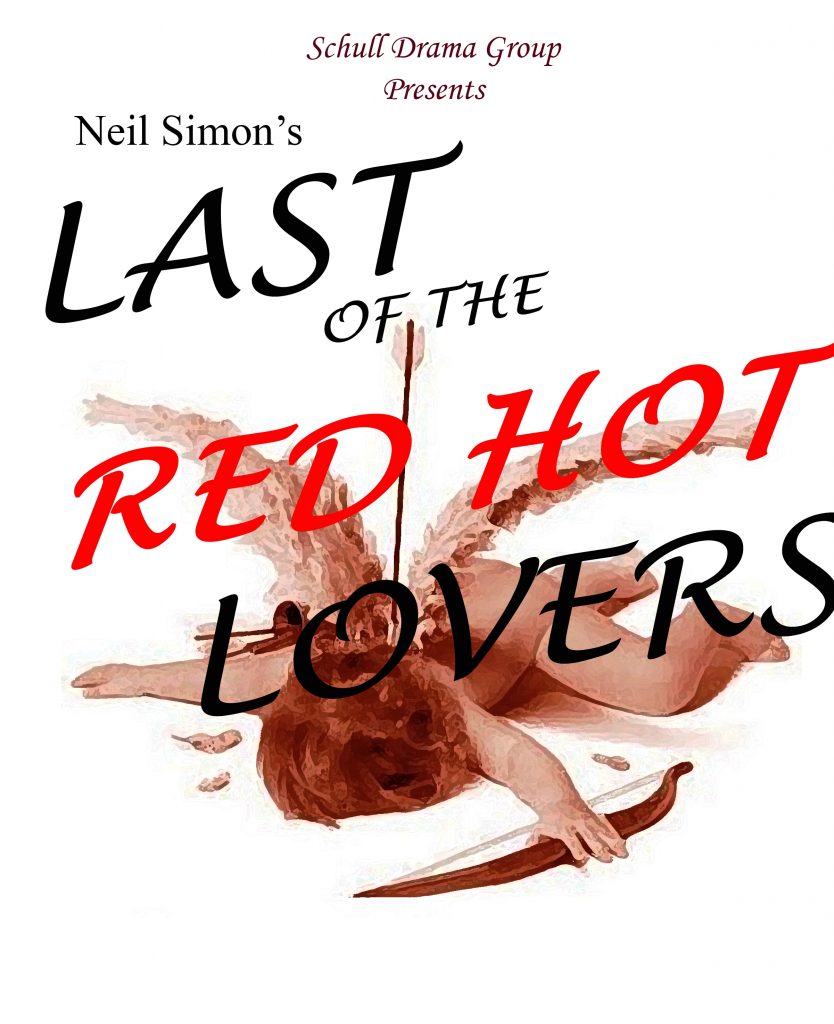