Lovers is directed by Declan McCarthy and the cast comprises Ger Minihane, Angela Galvin, Catherine Field and Siuin Hurley. The Skibbereen group first presented this hilarious romp back in 2000 and reached the All-Ireland Confined Drama Finals with it.
No Romance Act 2 is directed by Catherine Field and stars Carmel and Fachtna O’Driscoll as they reprise their roles as a married couple who cut loose on one another on the occasion of his mother’s funeral. It contains strong language and some adult themes and so is not suitable for children. 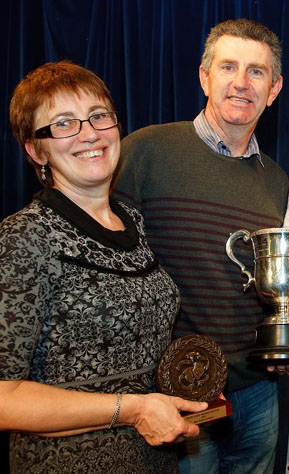 Carmel and Fachtna O’Driscoll, who reprise their roles as a married couple in No Romance