This Saturday night’s performance of Skibbereen Theatre Society’s production of ‘No Romance’ by Nancy Harris at the Town Hall is dedicated to the memory of our dear departed colleague Frank McCarthy, who passed away today.

Frank was a founder member of the group and acted in numerous productions over many years. He served as chairman during some of its most successful years on the drama festival circuit.

It was the wish of Frank and his family that the show would go on and, while deeply saddened by his death, the group is happy to honour their wishes. His wife Anna has always given great support to Skibbereen Theatre Society and son Gearóid is carrying on the family involvement with the group, both on stage and off.

Our heartfelt sympathy goes to them, son Frank jnr and all of his family and friends. 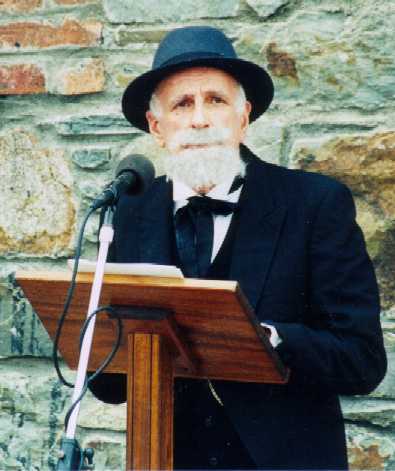 Frank McCarthy as O’Donovan Rossa – a role he made his own – in ‘The Boldest Fenian Man.’

The author has strong West Cork connections – her father, journalist and columnist Eoghan Harris, spends much of his time in Baltimore.

‘No Romance’ is a sometimes hilarious, sometimes heartbreakingly-sad  play. It tells three separate stories of people struggling with relationships, each hampered by their own problems.

A married couple, Carmel and Joe (Carmel and Fachtna O’Driscoll) cut loose on one another on the occasion of his mother’s funeral.

Peg (Catherine Field) relives an eventful life as her son Michael (James MacEoin) and grandson Johnny (Sean McCarthy) arrive to her West Cork cottage to take her to a nursing home in Dublin.

Nancy Harris skilfully draws together the threads in these stories in this captivating play. It contains strong language and some adult themes and so is not suitable for children.

(all nightly at 8pm unless otherwise stated): 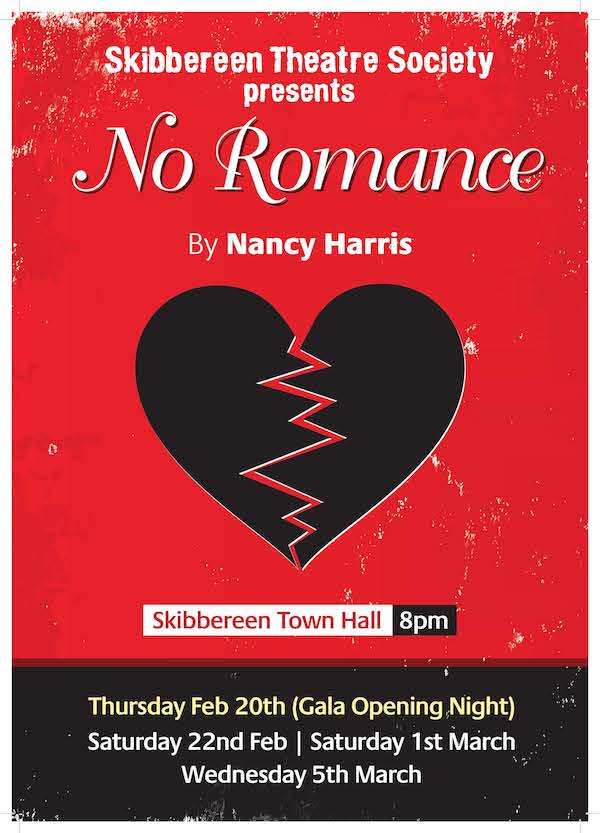