The acclaimed stage adaptation of the Tom Barry’s epic account of the struggle for Irish independence in the West Cork area, Guerilla Days in Ireland, will be playing at Skibbereen Town Hall on Tuesday and Wednesday, August 28th and 29th, nightly at 8pm.

Admired by Che Guevara, feared by the British Army, loved by the people he led. Tom Barry, legendary commander of the West Cork Flying Column, survived the War of Independence to tell his incredible story. Barry led a volunteer army in a hide-and-seek campaign of guerilla warfare, matching wits against an enemy of overwhelming strength and power.

Adapted for the stage by Neil Pearson, who directs the production, it has been enjoying a successful second run at The Everyman in Cork and will play for a week at the Olympia Theatre in Dublin in early September. Tickets for the Skibbereen show next Tuesday and Wednesday are available through Thornhill Electrical, Skibbereen, tel 028-22557. 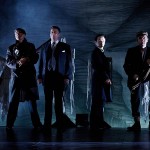 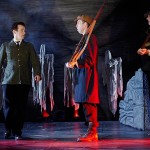 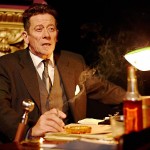