Skibbereen Theatre Society copperfastened their place in the 2011 All-Ireland Confined Drama Finals, which take place in Wexford Opera House from April 8th to 16th, with victory at the Clare Drama Festival in Scarriff on Saturday, March 26th, with A Kiss on the Bottom, while Carmel O’Driscoll won yet another best actress award and her husband, Fachtna, won the award for best director.

Meanwhile, in New Ross that night, they finished second, with Brenda O’Driscoll winning the best supporting actress award. On the festival circuit this year, the Skibbereen group won three, got three second placings and one third to comfortably qualify for their seventh All-Ireland finals, having previously done so in 1993, 2000, 2002, 2004, 2005 and 2006.

The draw for this year’s finals in Wexford has been made and Skibbereen will be performing there on Tuesday, April 12th. In the meantime, they will be staging a number of shows at Skibbereen Town Hall in advance of the All-Ireland finals on Sunday, April 3rd, Saturday 9th and the final one on Sunday 10th. 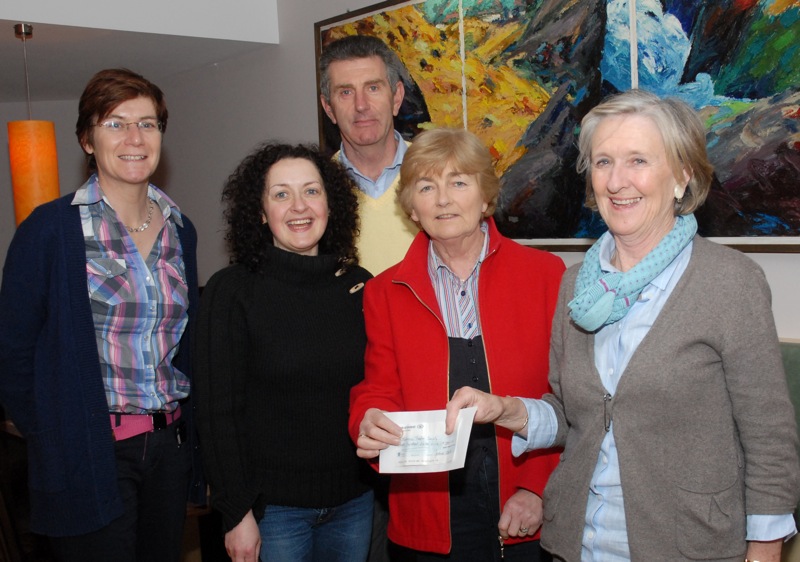 Catherine Field (right), chairperson of Skibbereen Theatre Society, presenting a cheque for €1,000 from the proceeds of the recent Irish premiere of the Frank Vickery comedy, A Kiss on the Bottom, to Rachel O’Keeffe, board member of the West Cork Arts Centre, for its new building project. Also included, from left, are Theatre Society officers Hilda Hegarty, treasurer, Siúin Hurley, secretary, and Fachtna O’Driscoll, artistic director. Having qualified for the All-Ireland Confined Drama Finals in Wexford, they will be staging A Kiss on the Bottom again at Skibbereen Town Hall on Sunday, April 3rd, and again on Saturday and Sunday, April 9th and 10th. (Pic: Eoghan Daly)

Skibbereen Theatre Society emerged top of the four entrants in the confined section to win at the 50th West Cork Drama Festival with the bittersweet Frank Vickery comedy A Kiss on the Bottom, while Carmel O’Driscoll was once again awarded best actress and the group also won the overall prize for best set.

They finished second at the North Cork Drama Festival in Charleville, where Carmel O’Driscoll also won the best actress award. With three festival results still to come, they now have just about enough points gained on the festival circuit to earn them a place in the All-Ireland confined finals, which will be held at the Wexford Opera House the second week of April. 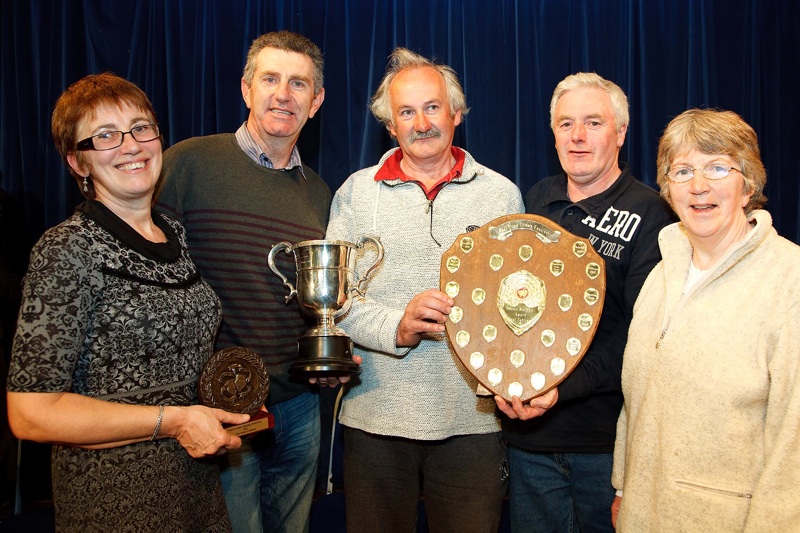 Skibbereen Theatre Society won the confined section at the 50th West Cork Drama Festival in Rossmore with the comedy A Kiss on the Bottom by Frank Vickery. Pictured, from left, are Carmel O’Driscoll, best actress; Fachtna O’Driscoll, director; Con Minihane, set builder, with the award for best set; Cel Loughran and Mary Minihane.

Skibbereen Theatre Society has enjoyed success on its first two outings on the 2011 drama festival circuit, winning the West Waterford festival in Ballyduff with the Frank Vickery comedy A Kiss on the Bottom and coming second at the Kerry Drama Festival in Castleisland.

At both festivals, the husband and wife team of Carmel and Fachtna O’Driscoll won Best Actress and Best Director, respectively, while Brenda O’Driscoll won the Best Supporting Actress award in Castleisland.