Skibbereen Theatre Society will present its latest offering, a comedy called The Communication Cord by Brian Friel, opening on Thursday next, December 16th, at Skibbereen Town Hall and playing there again on Sunday 19th and Monday 20th, at 8pm each night.

To impress the senator, Jack allows Tim use his restored country cottage in West Cork. Of course, nothing goes right from the start, which leads to hilarious consequences.

Directed by Hilda Hegarty and Declan McCarthy, the cast also includes Siuin Hurley, Mary O’Driscoll, Sarah Murphy and Ethan Lawlor. There will be additional heating in the Town Hall on the nights of the performances and the fun and laughter The Communication Cord generates should be the ideal antidote of the Budget Blues! 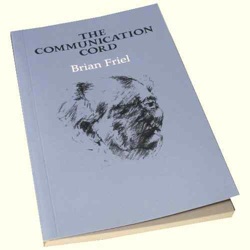