Jon Kenny, best known as one half of d’Unbelievables is back on the road with a new solo show, which he will be performing at Skibbereen Town Hall on Friday, December 4 next.

As the Celtic Tiger seems to have slunk into a corner, curled into a ball and gone to sleep, God only knows where-has anyone seen him- and our newspapers are full of stories of doom and gloom and bad weather, an evening of hilarious comedy with the inimitable Jon Kenny is just what the doctor ordered. We could all do with a good dose of that!

“I’m not says I … I’m Fine” heralds a return for Jon to the type of work that made his reputation as one of the most talented comedians in Ireland. Jon uses the changing face of contemporary Ireland as the scaffold on which to build his hilarious observations and characters.

Running through such contrasting experiences as supporting Munster rugby to visiting a health spa, Kenny takes no prisoners and delights in emphasising the humour in everyday life. This is a thrilling experience for lovers of comedy everywhere.

So turn off your televisions and radios – they’re only making you sick – and come out for an evening of craic. Tickets may be booked in advance through Thornhill Bros. Electrical, Skibbereen, telephone 028-22557.

What the critics say:

“He has an uncanny eye for the most absurd elements of life as we know it while at the same time lampooning the idiocies spawned by recently discovered (and just as quickly lost) affluence” (Hot Press– March 11, 2009).

“Jon Kenny drips country. If you hung him out to dry what you’d find if you looked in the puddle below would be a reflection of rural Ireland over the past few decades, warts and all” (Donegal News). 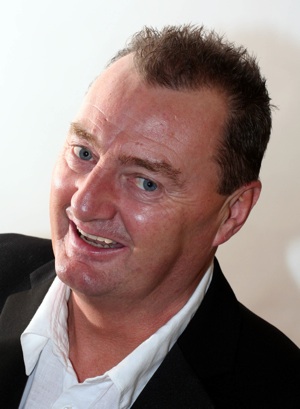