WAITING FOR GODOT
By Samuel Beckett

SKIBBEREEN Town Hall has pulled off quite a coup, having been chosen as the only Cork county venue for the Gate Theatre’s acclaimed production of ‘Waiting for Godot’ on an all-Ireland autumn tour, featuring its original cast of Stephen Brennan, Barry McGovern, Johnny Murphy and Alan Stanford.

Already sold out in advance, this is the opening show of the Autumn season at Skibbereen Town Hall, which is undergoing ongoing refurbishment and will be featuring some of the top touring productions in theatre, comedy and music during the coming months.

Hailed by the international press as “the definitive Godot,” this production has toured all over the world, including China, Melbourne and Toronto, receiving unprecedented critical acclaim. It was also a central part of the Gate’s Beckett Festivals in Dublin (1991 and 2006), New York (1996) and London (1999 and 2006). 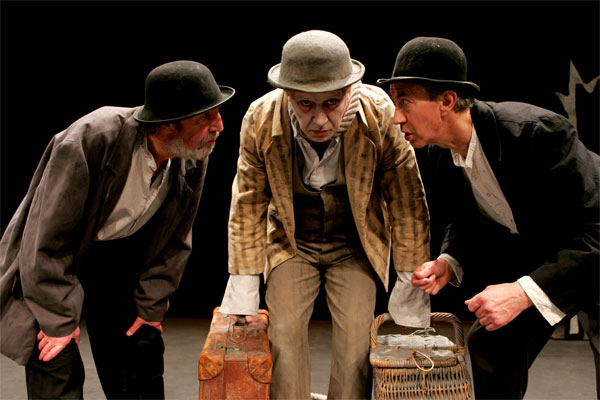 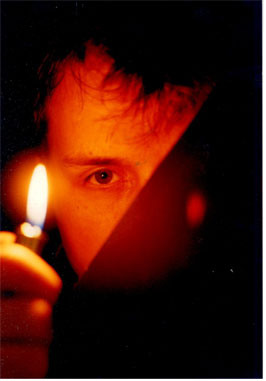 In this funny, chilling and supernatural solo tale, a jaded theatre critic steps beyond the pale and falls for a beautiful young actress in one of the show’s he is reviewing. There follows a story of seduction, entrapment and blood, which subsequently finds him caught up in a coven of modern day vampires all living in south London.

Peter Dineen is one of the UK’s leading Irish actors well known for his television appearances in the hit comedy ‘Father Ted.’ He is a seasoned McPherson actor, appearing in ‘The Weir’ both in London and throughout the UK. 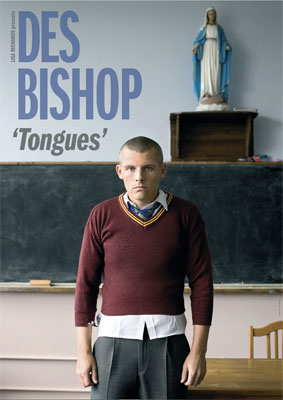 HAVING spent twelve months of intense study and immersion in Connemara’s Gaeltacht in an effort to speak as Gaeilge, Des Bishop is on the road again for one final run. Drawing from his latest experiences, the star of the revolutionary RTE show ‘In the Name of the Fada’ will be touring Ireland for one last time with his live stand up show Tongues.

‘Tongues’ explores Des’s latest challenge, taking the ultimate step towards Irishness by moving to the Gaeltacht to learn his mother tongue. Never one for half measures, Des moved to Connemara in spring 2007, to embrace what so many Irish people have avoided, our own native tongue.

Des explores the lighter side of learning to speak Irish in Connemara, something that has strong memories for many Irish people. Describing his attempts to grasp the language, Des brings to life his newfound passion for Gaeilge with unparalleled energy and comic brilliance.

The second half of the show sees Des explore the religious side of his identity, from his early days as an overly-theatrical altar boy at St. Kevin Church, to his experiences with people who have the power to speak in tongues. What follows promises to be a blistering night of stand-up comedy. 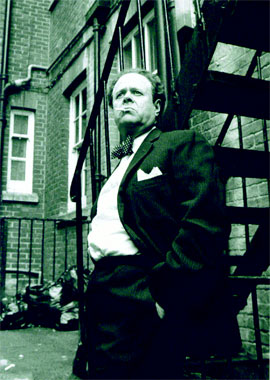 Playing a man who wrestled with the psychological conflict between creative talent and self-destructive impulse, Kingdom’s remarkable portrait of Dylan Thomas, in ‘Dylan Thomas: Return Journey,’ a show originally directed by Anthony Hopkins has been a sell-out success throughout the world and entranced the critics – ‘Spellbinding’ being the most common superlative.

It offers a chance to experience the electrifying presence of Dylan Thomas’ last lecture before his trip to the White Horse pub and the legendary seventeenth whiskey.