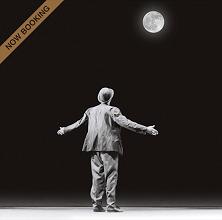 Skibbereen Town Hall has pulled of quite a coup, having been chosen as the only Cork county venue for the Gate Theatre’s acclaimed production of ‘Waiting for Godot’ on an all-Ireland autumn tour, featuring its original cast of Stephen Brennan, Barry McGovern, Johnny Murphy and Alan Stanford.

At the launch in the Royal College of Physicians, the Minister for Arts, Sport and Tourism, Martin Cullen, announced full details of the 40 venues for this unique 32-county tour.

These include the Everyman Palace Theatre in Cork City on Monday, September 15, and Skibbereen Town Hall on Tuesday 16th. Tickets for these shows are already on sale at the usual outlets and demand is expected to be huge for them.

In September and October of this year, the Gate Theatre will embark on its first ever all-Ireland tour, as part of the theatre’s 80th anniversary celebrations, with ‘Waiting for Godot’ touring to 40 venues across the 32 counties of Ireland, playing for one night only in each venue.

This first-of-its-kind tour will take a hub-and-spoke format, i.e. on a nightly basis the company will travel to the different venues from a base or central location, where they will stay for one week at a time. Beginning in Enniscorthy and ending in Enniskillen, from the source of the formation of the Gate Theatre (where MacLíammóir and Edwards conceived the Gate Theatre) to the source of Beckett’s genius (where he attended Portora School from 1920 to 1923), the tour, which will also mark the 20th anniversary of this now legendary production, will star the original cast members.

The Gate Theatre is extremely grateful to its partners Ulster Bank, the Department of Arts, Sport and Tourism and the Arts Council for their generous support, without which this tour would not be possible.

Michael Colgan, director of the Gate, added: “I am delighted that these respected institutions, who have all played such a significant role in supporting, not only the Gate, but the arts in general, have agreed to come on board and help with such an exciting and unique event”.

Cormac McCarthy, chief executive of the Ulster Bank Group, said: “We are very proud to support the Gate Theatre’s national tour, taking this much-acclaimed production to communities across the island. This announcement marks a new era for our relationship with the Gate Theatre, of which we have been proud sponsors for more than ten years.”

In 1987, Samuel Beckett suggested that Michael Colgan would produce ‘Waiting for Godot’ at the Gate and requested that Walter Asmus – his assistant director on the famous Schiller Theatre production – direct.

Hailed by the international press as “the definitive Godot,” this production has since toured all over the world, including China, Melbourne and Toronto, receiving unprecedented critical acclaim. It was also a central part of the Gate’s Beckett Festivals in Dublin (1991 and 2006), New York (1996) and London (1999 and 2006).

Tickets for ‘Waiting for Godot’ are on sale nationwide and are available at all host venues across the country, with the outlet for the Skibbereen Town Hall show being Thornhill Electrical, telephone 028-22557. This will be the opening show in an extensive autumn season that is currently being booked for the venue, which will be undergoing further refurbishment works during the summer months.

Representatives of the 40 venues from the 32 counties on the stage of The Gate Theatre with Michael Colgan, director, to mark the launch of the Gate Theatre national tour of ‘Waiting For Godot,’ which will take in 40 venues in the 32 counties in eight weeks, each for one night only, next autumn. Rachel Field is representing Skibbereen, where the classic Samuel Beckett play will be performed at the Town Hall on Tuesday, September 16, and tickets are on sale at Thornhill Electrical, tel. 028-22557. (Photo: Anthony Woods)