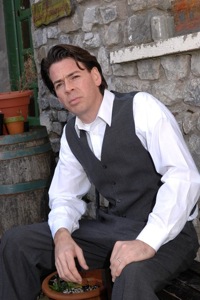 Skylight Productions will present ‘Survivors’ by Declan Hassett at Skibbereen Town Hall on Monday and Tuesday April 14 and 15 next.

Set against the backdrop of one of the most turbulent and exciting periods in Irish history, from the sinking of the ‘Titanic’ to the Civil War in Ireland, Declan Hassett’s powerful new play ‘Survivors’, traces the fortunes of a West Cork family, who battle against cruel fate as a nation staggers to freedom and independence.

Fresh from the success of a critically-acclaimed run in New York of his play ‘Sisters’ starring Anna Manahan (nominated for a prestigeous Drama Desk award), Declan teams up with renowned director Michael Twomey and Skylight Productions to bring this enthralling piece of theatre to Skibbereen in mid-April and Macroom later in the month.