Skibbereen Theatre Society will be presenting its latest production, “Canaries”, a good, light comedy written by Bernard Farrell, at the Town Hall this coming Thursday and Friday, December 27th and 28th.

Directed by Catherine Field, it has a cast of twelve people and is about a group of Irish people holidaying in the Canaries. As the action unfolds, it emerges that many of the characters are not all they seem to be, with hilarious consequences.

Tickets will be available in advance through the usual outlet, Thornhill Electrical, Skibbereen, telephone 028-22557. 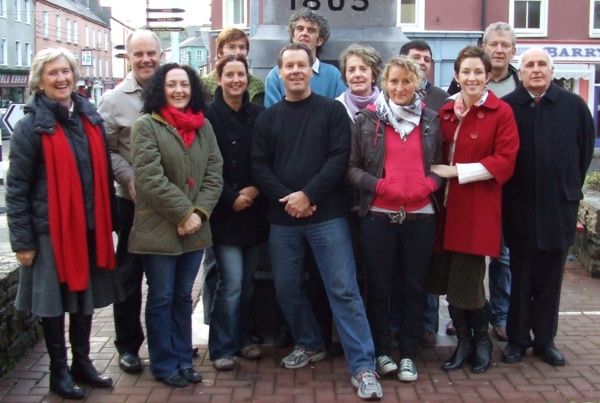 The director and cast of Skibbereen Theatre Society’s production of the comedy “Canaries” by Bernard Farrell, which they will be staging for three nights only on Sunday, Monday and Tuesday next, December 2, 3 and 4, at Skibbereen Town Hall – front, from left – Catherine Field (director), Siúin Hurley, Imelda O’Regan, Peter Warburton, Áine and Breda Herlihy and Frank McCarthy. Back: Con Downing, Hilda Hegarty, Declan McCarthy, Brenda O’Driscoll, Sean Ronan and Donagh Long.